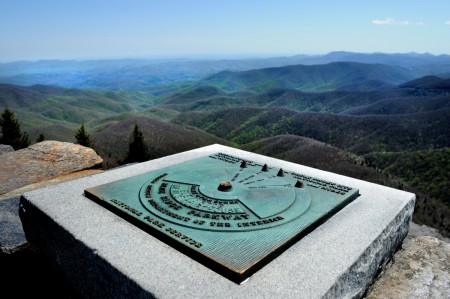 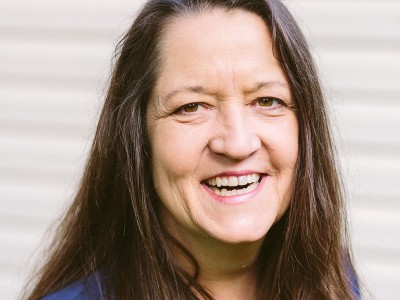 Chief Executive Officer
Asheville, N.C.
Carolyn Ward, Ph.D., serves as the CEO of the Blue Ridge Parkway Foundation, the primary philanthropic partner to the Blue Ridge Parkway. Carolyn was born and raised in the Blue Ridge Mountains in Southwest Virginia. After graduating from Emory and Henry College, she found her passion as a seasonal park interpreter at Hungry Mother State Park in Marion, Virginia. Following that love for the outdoors and her passion for teaching and learning, she completed her Master’s and Ph.D. from Virginia Tech in Forestry.
Read more 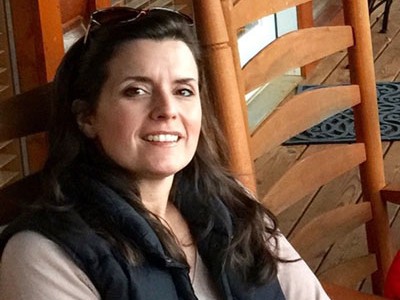 Chief Development Officer
Winston-Salem, N.C.
Jordan has worked for museums and historic sites in North Carolina and Virginia. A graduate of Wake Forest University, she has a Masters in History and a certificate in nonprofit management. She grew up camping on the southern end of the Parkway with her three siblings. Jordan and her husband enjoy biking and exploring the outdoors with their three children. E-mail Jordan or call her at (866) 308-2773.
Read more

North Carolina Development Director
Asheville, N.C.
George Ivey has a lifelong appreciation for the Blue Ridge Parkway. Born and raised in Asheville, George grew up less than two miles from the Parkway. As a teenager, he worked as a busboy at the restaurant at the Pisgah Inn. An avid cyclist, he bicycled the entire Blue Ridge Parkway in 2004. “From childhood trips up to Graveyard Fields to more recent visits for birding and hiking, I love the Parkway and all it does to celebrate and protect our natural and cultural heritage and support local tourism,” George says.
Read more 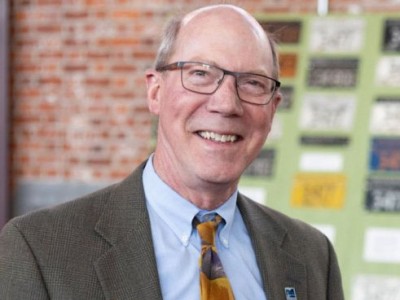 Virginia Development Director
Lynchburg, Va.
Kevin Brandt is the Developement Director for the Foundation in the commonwealth of Virginia.
Read more 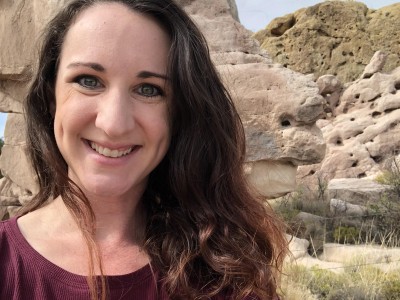 Database Manager
Winston-Salem, N.C.
Rebecca joined the Foundation in 2020 after working as a Data Analyst for a Winston-Salem nonprofit. She graduated with a bachelor of arts degree in Spanish from Salem College in 2010. She began taking solo traveler trips in 2018, and has set a goal to visit a National Park or National Monument every year. In her spare time, Rebecca enjoys performing in local community theater, listening to music, and spending time exploring new places. E-mail Rebecca or call (866) 308-2773.
Read more 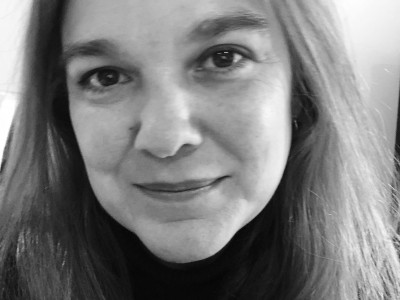 Finance and Administrative Director
Asheville, N.C.
Elizabeth Hickman is a native of the Piedmont of North Carolina. She relocated to Asheville in the summer of 1999. Elizabeth has more than 20 years of experience in the accounting industry and more than 10 years in the nonprofit sector. She comes from Henderson County Habitat for Humanity where she was the Director of Finance. Elizabeth also partnered with her mother, now deceased, in the family accounting business for almost 20 years. She enjoys spending time in nature, working outdoors and driving on the Parkway.
Read more 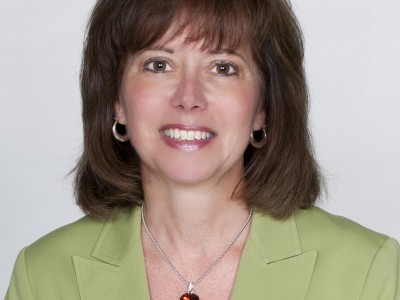 Finance and Administrative Manager
Asheville, N.C.
Susan joined the Foundation in 2022 as the Finance and Administrative Manager. She is a graduate of the University of Texas at Austin with a bachelor’s degree in Business Administration. Susan held an active CPA license for 30 years, dedicating her career to financial management of nonprofit organizations. She is happily resettled in the Asheville area after enjoying 32 years in Rock Hill, S.C., where she raised three fine sons. Susan smiles when she recalls family trips taken along the Blue Ridge Parkway in the 1970s in a station wagon with a pop-up camper in tow.
Read more 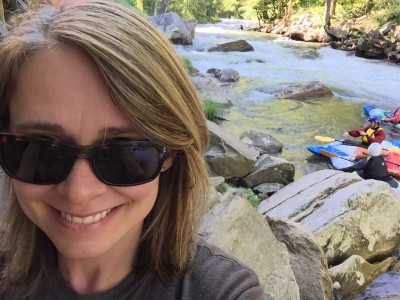 Communications Director
Asheville, N.C.
Rita Larkin graduated from the University of Georgia with a degree in journalism and went on to serve as a photographer, editor, and designer at community newspapers in Georgia and North Carolina. She joined the staff of the Asheville Citizen-Times in 2000 as a copy editor before becoming news editor and then editor and general manager of the newspaper’s magazine division. Most recently, Larkin was the editor-in-chief of WNC magazine. She fell in love with the mountains while working as a raft guide on the Nantahala River during college summer breaks.
Read more 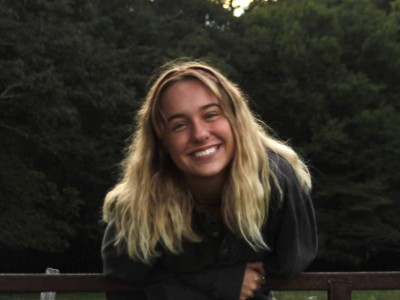 Graphic Design & Communications Manager
Asheville, N.C.
Meg Puett was born and raised in the coastal town of Wilmington, NC. During college, she moved to the Blue Ridge Mountains and attended Appalachian State University pursuing a degree of Product Design. She learned that our lives are dominated, and even defined, by the manufactured world, and she sees an opportunity to improve the human experience by reconnecting to the natural world. With this goal, she proudly joined the Blue Ridge Parkway Foundation.
Read more 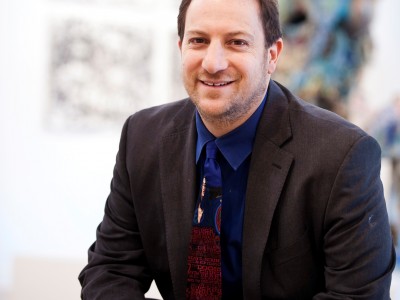 Program Director, Blue Ridge Music Center
Winston-Salem, N.C. & Galax, Va.
Richard Emmett has been the Program Director at the Blue Ridge Music Center since the 2014 season. From 2008-2014, Emmett was the Chief Operating Officer and Vice President of Facility Operations for the Arts Council of Winston-Salem and Forsyth County, where he oversaw the two-year renovation of the Sawtooth Building and the AC Delco Parts Store into the new Milton Rhodes Center for the Arts and Hanesbrands Theatre, which opened to the public in September 2010. Prior to that, Richard was the Executive Director of the Children's Theatre of Winston-Salem.
Read more 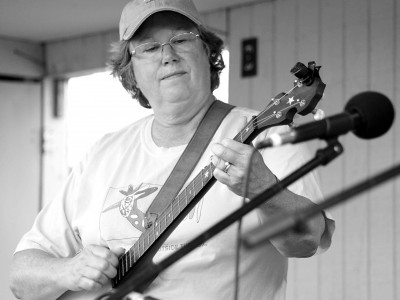 Associate Program Director at the Blue Ridge Music Center
Galax, Va.
Marianne Kovatch has been involved in arts administration and event planning for many years, most recently working at Chestnut Creek School of the Arts as Music and Woodworking Program Manager, Marketing and Development Director, and Galax JAM Program Director. Marianne began playing banjo and dancing in high school, and was first introduced to the Galax area many years ago when she began attending the Galax Old Fiddlers’ Convention and Mt. Airy Fiddlers’ Convention.
Read more 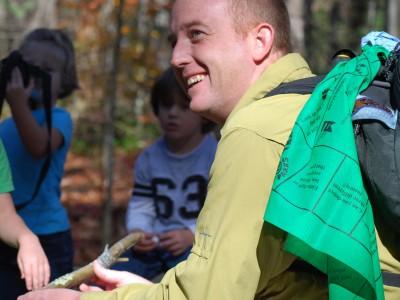 Program Director, Kids In Parks
Asheville, N.C.
Jason came to the Foundation in 2008 to assist in running the Kids In Parks program for which he now serves as Project Director. Jason is a natural resource interpreter and educator who loves providing children with meaningful connections to nature through outdoor education programs. Prior to earning a Bachelor of Science degree from Humboldt State University in natural resource interpretation, Jason spent over 11 years working with children in various fields ranging from outdoor education to standard classroom education and physical education.
Read more 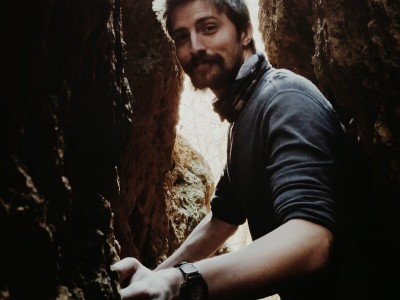 Associate Program Director, Kids in Parks
Asheville, N.C.
Adam came to the Foundation team with an eclectic resume. Graduating from Ohio University in Athens, Ohio, with a degree in Digital Media he has worked with mobile games companies, public libraries, and even the Department of Homeland Security. He’s lived out of his car, travelling the country for half a year. The culmination of experience and skills gained through his varied history brought him to the Blue Ridge to help create wonderful adventures for the Kids in Parks program.
Read more 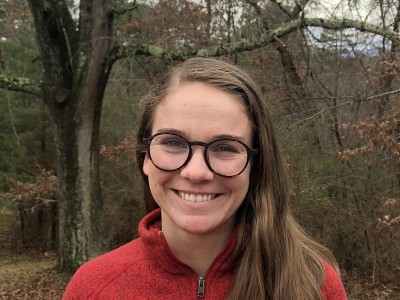 Data Manager, Kids in Parks
Asheville, N.C.
Erin, a North Carolina native, graduated from the University of North Carolina-Asheville with a B.S. in Environmental Policy and Management. In 2018, she earned a master’s degree in Environmental Politics and Policy Analysis from Appalachian State University, where she worked as a Research Assistant for the Appalachian Carbon Research Group. Erin previously served the public as a Forest Service Resource Assistant in the National Forests in North Carolina office and the National Headquarters in Washington, D.C.
Read more 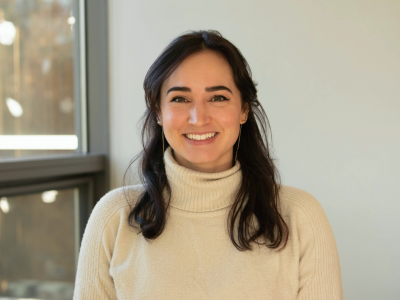 Graphic Designer, Kids in Parks
Asheville, N.C.
Meghan McDevitt joined the Foundation in 2023 as the Graphic Designer for the Kids in Parks program. Though born and raised outside the city of Philadelphia, she fell in love with the mountains while visiting western North Carolina as a child in the summers. This admiration for the outdoors instilled a love for all things nature-related, and she graduated from Clemson University in 2016 with a B.S. in Environmental & Natural Resources.
Read more