About the Blue Ridge Parkway

Whether you are setting out on a day trip or exploring all 469 miles of the Blue Ridge Parkway, we hope this information about the park, road closures, and history of the scenic route will help you enjoy the journey.

The Blue Ridge Parkway inside and out 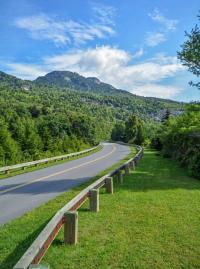 As an example of pre- and post-World War II automotive rural parkway design, the Blue Ridge Parkway retains the greatest degree of integrity of any parkway in the United States. The Parkway is recognized around the world as an international example of landscape and engineering design achievements with a roadway that lies easily on the land and blends into the landscape.

The Parkway is the highest and longest continuous route in the Appalachian area. Along its 469-mile length, it provides scenic access to crests and ridges of five major ranges within the central and southern Appalachian Mountains, encompassing geographic and vegetative zones that range from 649 feet at James River in Virginia to 6,047 feet at Richland Balsam in North Carolina.

The Blue Ridge Parkway brings $980 million dollars to the adjacent communities annually. It is a primary catalyst for promoting regional travel and tourism, serving as a unifying element for 29 counties through which it passes, engendering a shared regional identity, providing a common link of interest, and being a major contributor to regional economic vitality. 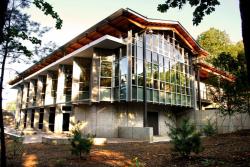 Be sure to stop in at a Blue Ridge Parkway Visitor Center along the way for camping, hiking, and more information about activities and sites along the route, or visit the National Park Service's plan your visit page.

Before you set out for a drive, ride, or hike on the Blue Ridge Parkway, check the National Park Service’s closure announcement page. Road closures

Stay connected to the Blue Ridge Parkway and the important work you make possible with the Insider’s Report webinar series. We hope you will join us to learn more about the park you love!

App to Get You There 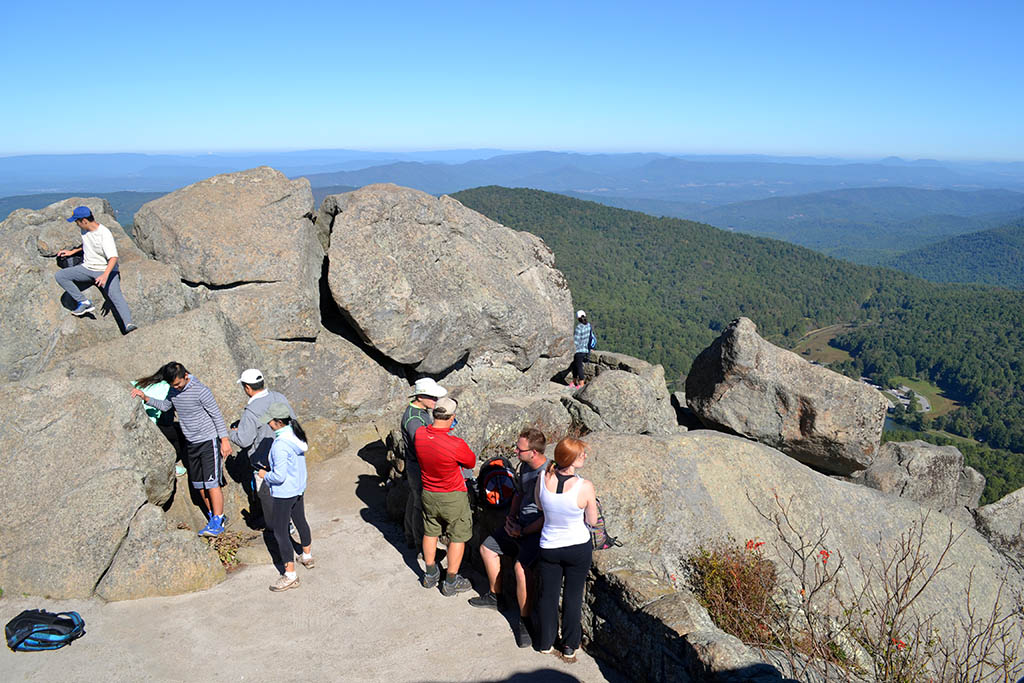 The Blue Parkway's impact is felt beyond the 90,000 acres that make up the park unit. In 2020, 14.1 million visitors spent more than $1.1 billion in gateway communities while visiting the Parkway. These expenditures supported 15,500 jobs and had a cumulative benefit to the local economy of $1.3 billion. 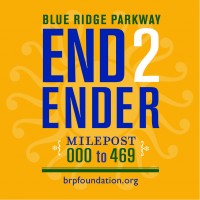 Have you traveled the entire 469 miles of the Blue Ridge Parkway?
We want to hear all about it and acknowledge your accomplishment.

Pillows for the Parkway:
Sleep well. Give Back.

The Foundation is fortunate to have many great partners along the Blue Ridge Parkway, including lodging, dining, and retail establishments that give back to the scenic route. When you are traveling, we hope you’ll support these special places and in turn help the Parkway.

At the following lodgings, guests can show their appreciation for the Blue Ridge Parkway by donating $1 per night to the Foundation’s projects, which preserve, protect, and enhance the journey they love.

Blue Ridge Parkway by the Numbers

Take a Drive Through Time 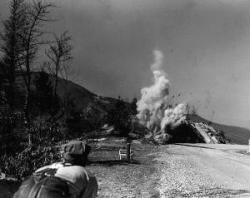 Compiled by Anne Mitchell Whisnant, author of Super-Scenic Motorway: A Blue Ridge Parkway History and When the Parkway Came.

Secretary Ickes approves portions of the Parkway route from Shenandoah National Park to the James River and from Adney Gap to Blowing Rock; announces he has postponed making a decision on the portion south of Blowing Rock

According to a letter two days later from J.P. Dodge, Senior Claim Adjuster for the North Carolina Highway Commission to the Chair of the Highway Commission, the “first breaking of ground on the first project of the Shenandoah-Great Smoky Mountains National Parkway” took place this day at Low Gap, N.C.

The first completed section of the Parkway, between N.C. 18 and U.S. 21 opens to traffic

All of Parkway in North Carolina complete except for Grandfather corridor

Parkway near Asheville opened to public

A gift of 5,300 acres to the Blue Ridge Parkway protected much of the spectacular views from Waterrock Knob at milepost 451.

Renovations to The Bluffs Restaurant at Doughton Park, milepost 241, were completed clearing the way for the Parkway's first dining establishment to reopen. Learn more

Extensive renovations to the exterior of Flat Top Manor at Moses H. Cone Memorial Park begin, thanks to donor support.

By the Numbers: Along the Way 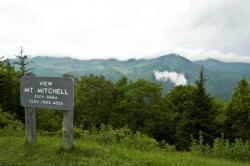 The Parkway is a neighbor to many amazing natural features and culturally significant places. It borders the ancestral home of the Cherokee Indian, shares a boundary with Mount Mitchell State Park, home to tallest mountain east of the Rockies. It also shares boundaries with Pisgah National Forest, which is home to Linville Gorge, the deepest gorge in the eastern Unites States, and the Cradle of Forestry, America’s first forestry school (Biltmore Forestry School, 1898-1913).

The Parkway’s uninterrupted corridor helps protect a diverse range of flora and fauna, including rare and endangered plant and animal species and globally imperiled natural habitats. It is one of the most biodiverse parks in the entire National Park System.

By the numbers: Wildlife

The Blue Ridge Parkway Foundation has selected Destination by Design of Boone to help create an economic development action plan to benefit the Parkway’s gateway communities in Virginia and North Carolina.

We are pleased to announce that Kevin Brandt is the Foundation's new Development Director for Virginia.

We are pleased to announce the appointment of new officers and members to our organization’s Board of Trustees and Council of Advisors.
Visit the Blog

Webinar: A botanical journey on the Blue Ridge Parkway