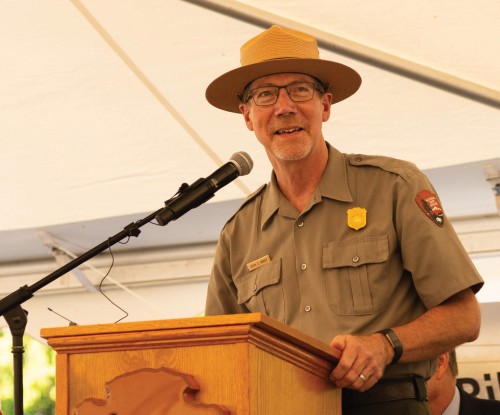 Kevin Brandt joined the Blue Ridge Parkway Foundation team after serving as the Superintendent of the Chesapeake & Ohio Canal. He has spent four decades with the National Park Service, during which he managed the restoration of historic structures in Yellowstone, Hot Springs, and Bryce Canyon national parks, as well as in a number of other parks and recreation areas. Brandt also oversaw the extensive repair of the C&O towpath, where visitors can walk or bike alongside the entire 184.5 miles of the canal.

As project manager, Brandt serves as a liaison between the Foundation and Blue Ridge Parkway leadership to shepherd projects to completion, including the rehab efforts at the manor house at Moses H. Cone Memorial Park and The Bluffs Restaurant at Doughton Park.