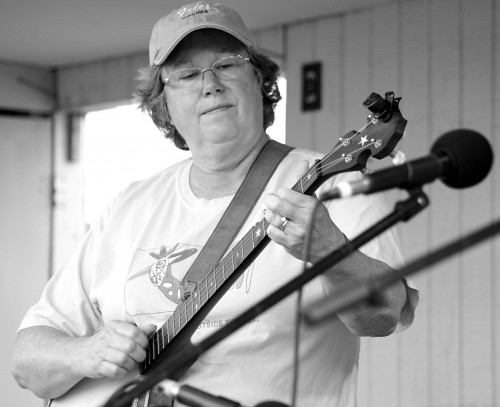 Marianne Kovatch has been involved in arts administration and event planning for many years, most recently working at Chestnut Creek School of the Arts as Music and Woodworking Program Manager, Marketing and Development Director, and Galax JAM Program Director. Marianne began playing banjo and dancing in high school, and was first introduced to the Galax area many years ago when she began attending the Galax Old Fiddlers’ Convention and Mt. Airy Fiddlers’ Convention. Having lived in many places before settling in Fries, Virginia, she has an extensive background planning and playing for events including: the Mountaineer Week Fiddle Contest at WVU, the Minnesota Bluegrass and Old-time Music Association's Annual Festival, and the annual dance weekend produced by the Monday Night Square Dance Collective in Minneapolis. Marianne has traveled internationally as a musician for the Wild Goose Chase Cloggers and as a founding member of the Skip Back Cindies clogging group. She has lived in the Galax/Elk Creek area for the past seven years, were she and her husband live in a reconstructed old log house.