Bill and the Belles at the Blue Ridge Music Center 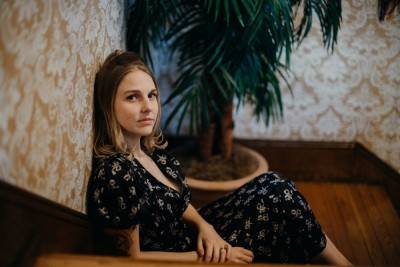 Bill and the Belles return to the Music Center at 7 p.m., Saturday, August 29, along with Dori Freeman.

Bill and the Belles explores the space created between hillbilly and urban, between vaudeville and down home, and has arrived somewhere new. They bring to the stage an uplifting show, full of humor, high spirits, and all-around revelry. Bill and the Belles play alongside America’s top country and roots music artists as the house band for the radio program, Farm and Fun Time, presented by Radio Bristol.

Galax native Dori Freeman grew up in a musical family. Her father, Scott Freeman, and grandfather, Willard Gayheart, are both regular performers during Midday Mountain Music sessions at the Music Center. Teddy Thompson produced her eponymous album on the Free Dirt Records label in 2016. Following that release, Rolling Stone included her on the magazine’s list of “10 New Country Artists You Need to Know.” Freeman recently released her third album, Every Single Star, also produced by Thompson.

Tickets are $15. Children 12 and younger are admitted for free.

Since 2013, the Blue Ridge Parkway Foundation has supported musical programming at the Blue Ridge Music Center to help preserve the cultural heritage of the mountains.