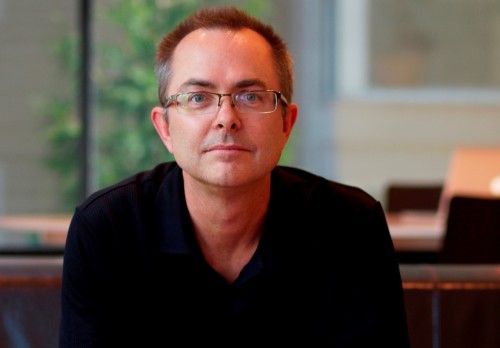 Paul Bonesteel is the director and founder of Bonesteel Films, a full-service production company based in Asheville, North Carolina. His career spans documentary filmmaking and commercial production, with his tenth full-length documentary film, The Day Carl Sandburg Died (2011) recently featured on the Emmy award-winning American Masters. Other films include The Great American Quilt Revival (2005), chronicling the resurgence of quilting as craft and art, and The Mystery of George Masa (2003), the biography of a Japanese photographer who first immortalized the Appalachian Mountains.

After taking over the family’s Super 8 camera at an early age, Bonesteel officially began his career in 1985 with North Carolina Public Television. After graduating from NC State University in 1987 he worked in Atlanta for 10 years before forming Bonesteel Films, specializing in commercials, branded entertainment, short films and television and web programming.

In 1991, Bonesteel traveled to the USSR to direct If The People Will Lead, which explored the role of the media in the fall of communism. In addition, other projects have focused on subjects as diverse as his own family in Caribou Bones, the folk singer Robert Hoyt in Travels with Claude and whitewater kayaking in The Adventures of Johnny Utah. In 2004, Folkmoot USA, the story of the largest international folk dance festival, was nominated for an Emmy Award.

He is husband to his wife Wyndy and father to two boys, Jonah and Luke.