Thanks to all the Find Your Pint breweries! 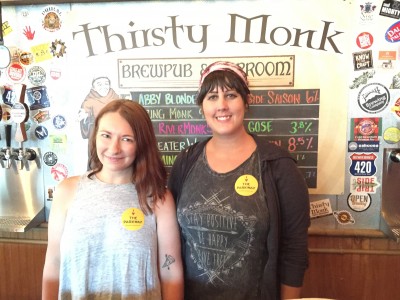 Celebrating the Find Your Pint event at Thirsty Monk in Biltmore Park!
November 8, 2016

We made a lot of friends at the pub this year—or should we say pubs. To raise a toast to the National Park Service’s 100th anniversary, the Foundation collaborated with 17 breweries in the Asheville area to create the Find Your Pint series. With the Blue Ridge Parkway as their muse, brewers created unique beers named for overlooks, mountains, and other favorite spots on the route.

In August and September, each brewery hosted a release party or giving-back night to raise funds to support our mission. Fans logged their beer journey with a special Parkway Beer Passport, collecting stickers at each brewery. The series culminated in a celebration at New Belgium Brewing’s new campus.