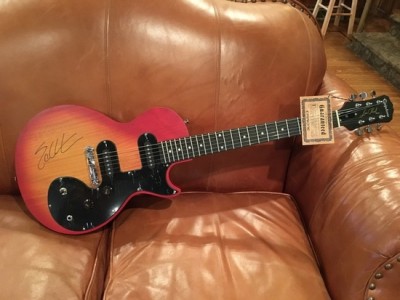 To kick off the auction bidding during the third annual Denim Ball, the Blue Ridge Parkway Foundation is hosting an online auction featuring three fantastic items. It’s a great opportunity for those who can’t attend the event to get in on the auction fun and support Moses H. Cone Memorial Park.

Online bids can be placed until noon, Thursday, August 2, at www.32auctions.com/DenimBall2018. At the event, proxy bids will be placed for any online bidders whose bids surpass those of attendees. Proceeds from the auction will go toward rehab and repairs at the Cone Estate on the Blue Ridge Parkway.

The online items are:

Hailing from just down the road in Granite Falls, North Carolina, award-winning country music star Eric Church has roots in the High Country. He is an Appalachian State University grad, and he and his wife were married in Blowing Rock. The 2017 ACM Merle Haggard Spirit Award and the CMA Album of the Year honor for Chief are among his many accolades. This is a rare opportunity to own a 2017 Les Paul SL autographed by Church. The guitar has a slim lightweight poplar body with powerful Epiphone Ceramic pickups. Color is Cherry Sunburst and it features ceramic single coil pickups and premium covered 14:1 machine heads. Starting bid: $800. Place a bid 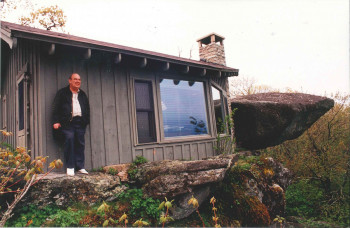 This rustic gem never shows up on Airbnb or VRBO, because it is not available to the public. The cabin was a writing retreat for CBS journalist and author Charles Kuralt, who was a dear friend of Grandfather Mountain owner Hugh Morton. During a two-night stay, the winning bidder will have Anvil Rock, which makes up one wall of the cabin, and the view of Linville Peak all to themselves. The one-room cabin features a fireplace, bathroom, kitchenette, and dining table. Use of the cabin includes passes to Grandfather Mountain, breakfast and lunch at Mildred’s Grill, and a behind-the-scenes tour of the animal habitats. This is a truly extraordinary experience. Starting Bid: $500.
Place a bid

“Diamond on the Blue Ridge Parkway" by Scott Ramsey 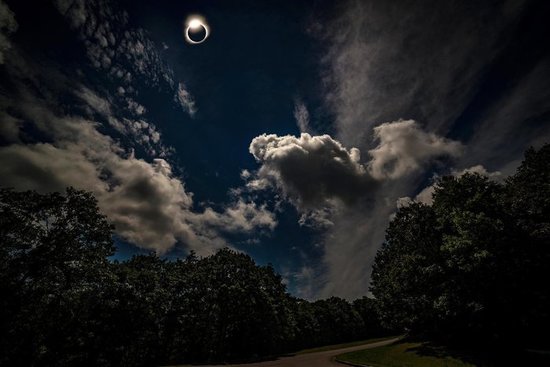 Photographer Scott Ramsey’s beautiful framed 20"x30" photograph of the 2017 solar eclipse was the 2018 Grand Prize Winner at the Appalachian Mountain Photography Competition. The solar event of August 21, 2017, dubbed "The Great American Eclipse" was a total solar eclipse visible within a band that spanned the entire contiguous United States. Prior to this event, no solar eclipse had been visible across the  entire contiguous United States since June 8, 1918. Ramsey's photo was taken at approximately 2:30 p.m. at Mile High Overlook on the Blue Ridge Parkway. The diamond ring effect is seen as the moon makes its final move over the sun. Timing is key to capture this spectacular moment. Place a bid

Moses H. Cone Memorial Park at milepost 294 on the Parkway is in need of extensive repairs to the Flat Top Manor and the 3,500-acre grounds. In the last two years, the Foundation has raised $2 million for the rehab of the estate, which is listed on the National Register of Historic Places. To move forward with further manor house renovations and landscape work, the Foundation is raising an additional $1 million.