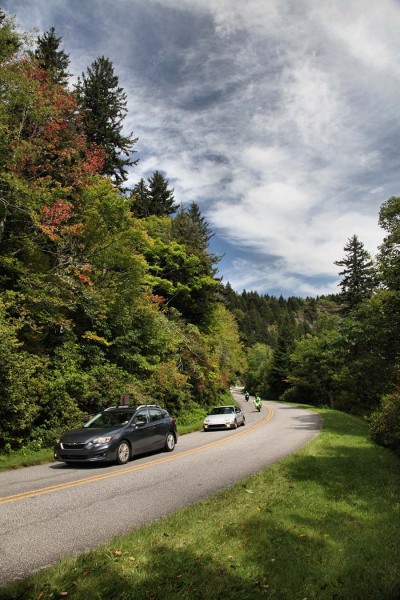 Update July 22, 2020 - The U.S. House just passed the Great American Outdoors Act with a vote of 310-107. The bill will provide desperately needed funding for national parks and public lands. It now goes to the President for final approval.

With potential passage of the Great American Outdoors Act, our country is on the verge of one of the most important legacy events to support our national parks and public lands in my lifetime. Recently passed by the US Senate on a bipartisan 73-25 vote, the legislation now heads to the House for consideration.

Our national parks have been chronically underfunded for years, resulting in a nearly $12 billion backlog of repair needs. The list includes crumbling roads, bridges, and other critical infrastructure. The Blue Ridge Parkway alone has more than $500 million of unmet needs — projects that cannot undertaken at current annual funding levels. The Great American Outdoors Act is a culmination of years of work by bipartisan groups, communities, and individuals across the country to save the United States' icons of history, culture, and natural wonders protected in our national parks and public lands.

Each year, more people visit the Blue Ridge Parkway than Yellowstone, Yosemite, and the Grand Canyon combined. In 2019, nearly 15 million people visited from across the globe.  It serves not just as an extraordinary experience laid across the spine of some of the oldest mountains in the world, but as an economic engine for the hundreds of mountain communities that dot its path from Shenandoah National Park to Great Smoky Mountains National Park.

A recent study indicates these visitors generate more than $1.3 billion of economic impact in communities adjacent to the Blue Ridge Parkway, and supports more than 16,000 local jobs, more than any other park unit in the country. Despite its critical importance to life and livelihood in rural Appalachia, the Blue Ridge Parkway has suffered from budget shortfalls for years. With no entry fees, the Parkway receives the budget equivalent of only about $1 per visitor to operate and maintain the 469 miles of the motor road, more than 360 miles of trails, 14 visitor centers, 8 campgrounds, and 91 historic buildings.

As the CEO of the Blue Ridge Parkway Foundation, I have worked with our Community of Stewards to support the Blue Ridge Parkway in numerous ways. The foundation is the official philanthropic partner of this national park unit. Our role is to help address budget shortfalls by providing support for projects and programs that have fallen by the wayside. Over the past 22 years, the foundation has provided more than $16 million in funding and support for the Parkway, creating positive impacts that will be felt for generations.

But we can’t come close to addressing the total deferred maintenance needs of the Parkway — an estimated $508 million. The majority of that is needed to repair the motor road itself. If much of the needed maintenance can begin to be addressed through passage of the Great American Outdoors Act, the foundation, through our community of donors and supporters, can continue to repair damaged trails, restore viewsheds, improve picnic areas and campgrounds, and restore educational programming often missing from key recreation areas.

Thanks to the work of hundreds across the state and the country, passage of the Great American Outdoors Act will assure that much of the needs will begin to be addressed.  We are excited to see this legislation move forward, and urge the U.S. House to pass the bill to create the most significant legacy for our parks and public lands in a generation.

This piece orignally appeared in The Charlotte Observer, Raleigh News & Observer, and The Herald-Sun (Durham, N.C.).