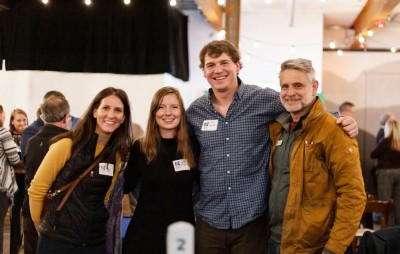 We were thrilled to celebrate our 25th anniversary with a special event on Thursday, Nov. 17, at Highland Brewing Company. More than 100 guests attended to mark the nonprofit’s years of support for projects and programs that enhance the country’s most visited national park.

The event also honored the leaders who have guided the organization since its start in 1997. Past chairs of the board of trustees were inducted into the newly created Abbott-Everhardt Society, named for the Parkway’s original landscape architect, Stanley Abbott, and late Director of the National Park Service and Parkway Superintendent, Gary Everhardt.

“It was so wonderful to join in celebration with our supporters and champions for the Parkway. Hundreds of projects were made possible over the last 25 years because of the dedication of our community. We look forward to the legacy impacts to come over the next 25 years,” said Carolyn Ward, CEO of the Foundation.