The Cone Connection and The Denim Ball 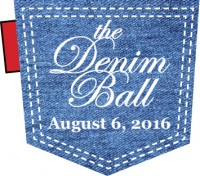 I never knew Moses and Bertha Cone, of course, as Moses died early in the 20th century and Bertha died when I was a year old. But I’ve always been grateful to them and to Moses’ brother, Ceasar. You see, if they hadn’t moved South back in the late 1880s to begin building what became the Cone Mills industrial dynasty—and become the world’s biggest producer of denim—I would not exist. It’s a longish story, but the more important one is this:

The Blue Ridge Parkway Foundation, which I chair this year, has raised millions of dollars since its founding for the Blue Ridge Parkway, perennially either the top or the second most popular unit in the National Park system. And Flat Top Manor, the marvelous summer home that is centerpiece of the Blue Ridge Parkway’s 3500-acre Moses H. Cone Memorial Park near Blowing Rock, needs help. The Foundation has committed to raising a lot of money to help preserve the house and undertake maintenance and improvement projects all over the park, including the Carriage House. So we’re holding a fundraiser on Saturday, August 6, at another grand place in Blowing Rock, Chetola Resort, to help raise money to pay for those projects. We’re calling it The Denim Ball, which seems appropriate, as Moses Cone is often referred to as the Denim King.

I confess I care about this for a lot of reasons. One of them is my passion for the Parkway, and Cone Memorial Park is an important part of that. The other is my family’s connection to the Cones. I don't mean we were close. But there were relationships. My father John Betts’ boyhood friend was Clarence Cone in Greensboro in the first quarter of the 20th century. My uncle Tad Paine’s father was a textile executive in his own right, and had a strong partnership with the Cones, and my cousin Sid Paine had summer jobs in those textile mills, fixing looms among the racket and clamor of the mill. And I grew up knowing Larry Cone, father of Kristin Cone, long a member of our Foundation’s Council of Advisors.

But here’s what I really appreciate about that extended Cone family. In the depths of the Great Depression, my mother was a school teacher in Anderson, S.C., living at home because teachers' salaries were deplorable in those days. She heard about a company up in Greensboro that was offering qualifying teachers a pretty good deal if they would come and do a little extra work for a little extra money, checking up on Cone millworkers’ families to make sure things were OK at home, that sort of thing. By today’s standards this kind of arrangement would sound positively patronizing, I suppose, but the Cones did a lot of good in Greensboro—built a YMCA, held patriotic picnics, sponsored a band, helped build schools and churches, paid for athletics programs and so on.

So Olive Minor came up from South Carolina to Greensboro to teach at Proximity School, surrounded by mill houses, and got an extra month’s salary for her social work visiting students’ homes. She met John Betts at a dance, and impressed him by accidentally sitting on his fedora at a dance and they laughed about it. After a long courtship and marrying in 1937, and enduring a world war, they finally gave in to my sister’s pleas for a little brother, and she gave birth to me 70 years ago this week.  My parents never had it easy, but they had good lives, and I’ll never forget what brought them together in the first place.

That’s just one reason I’m buying tickets for The Denim Ball on August 6.  I hope you can, too, or at least send the Foundation a donation for this good cause.