Help us discover more about one of the lesser-seen creatures in the Parkway, in order to develop strategies for protecting and restoring their environment. 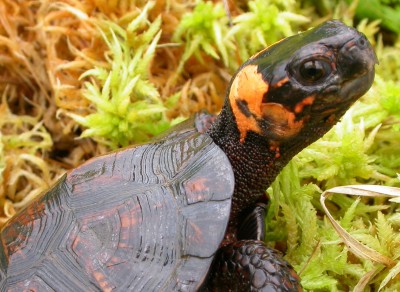 Bog turtles are elusive creatures, difficult to find in summer and hidden in hibernation during the winter. As the smallest and most rare turtles in the United States, the largest bog turtle ever found measured only 4.5 inches. They are listed as "Threatened" by the Endangered Species Coalition.

By placing transmitters on turtles within the park, Parkway biologists and managers stand to learn a great deal about the habits and life of this threatened species. The project complements the Parkway’s budding efforts to restore crucial wetlands.

Help us learn more about these fascinating creatures.

The Bluffs Restaurant to reopen in spring 2021

The road to reopening The Bluffs Restaurant has been a long journey, and we thank you for supporting the project every step of the way.

The Bluffs Restaurant to reopen on August 22

Update (August 23, 2020) from The Bluffs: We are experiencing a water supply issue, and need to complete additional repairs to the historic building. Please accept our apologies!