The old-time duo Tui (pronounced too-wee) is comprised of Jake Blount and Libby Weitnauer. They draw inspiration from rare archival recordings, the music of their peers, and extensive experiences with other genres of music. They released their debut album, Pretty Little Mister, in 2019.

Blount is a fiddler, banjo player, and scholar. He has performed and recorded with acclaimed fiddler Tatiana Hargreaves and award-winning old-time string band The Moose Whisperers. Fiddler and singer Libby Weitnauer earned degrees in classical violin performance from DePaul University and New York University, but she finds her voice in the traditional music of Appalachia. 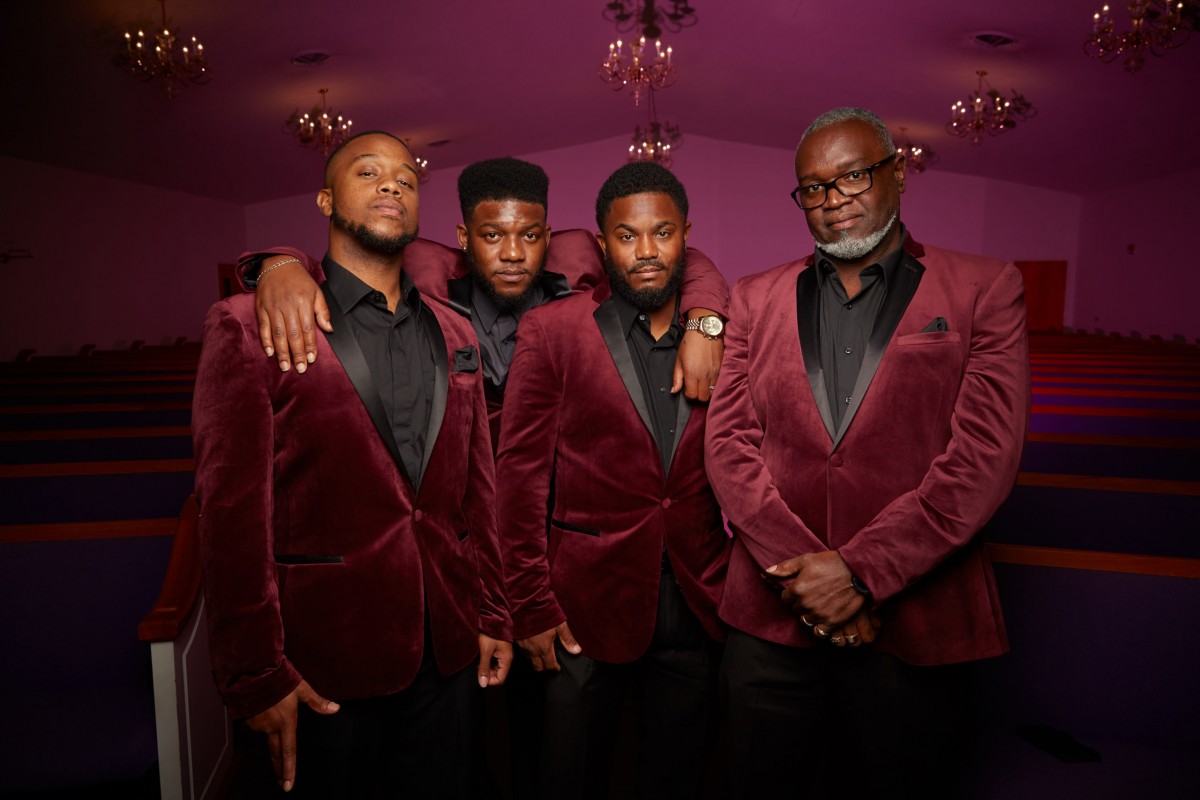 Opening: Harmony is serious business where the Dedicated Men of Zion come from. The group came up in the singing land of eastern North Carolina, around the city of Greenville and its small neighboring town of Farmville. Each member trained in the church and at home. The group’s four vocalists – Anthony Daniels, Antoine Daniels, Dexter Weaver, and Marcus Sugg – share the bond of that upbringing, as well as the bond of kinship (they’re all family now through blood or marriage).