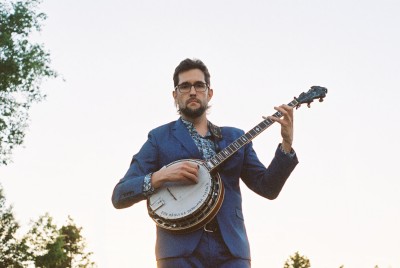 While Rissi Palmer made her mark in country music, she is equally at home in R&B, bringing the entire spectrum of popular music to bear on music she calls “Southern Soul.” She released her self-titled debut album in 2007, charting singles, “Country Girl,” “Hold On To Me,” and “No Air.” Since then, Palmer has independently released a Christmas single, a children’s album titled Best Day Ever, and an EP titled The Back Porch Sessions. Her most recent album, Revival, was released in 2019 and has been hailed as her most personal and uplifting work to date.

As a passionate voice for country artists of color and those who have been marginalized in mainstream country music, Palmer launched her own radio show Color Me Country with Rissi Palmer on Apple Music Country in August 2020.

Opening band: Joe Troop is a multi-instrumentalist, singer-songwriter originally hailing from Winston-Salem, N.C. In the midst of the global pandemic, the folk singer suddenly found himself back in rural North Carolina, an ocean away from his adopted home of Buenos Aires and from Che Apalache, the Grammy-nominated band he founded with his students. So he hunkered down with his banjo and sang his heart out. A year later, he recorded his debut solo album, Borrowed Time. His new record features musical luminaries including Béla Fleck, Abigail Washburn, Tim O’Brien, and Charlie Hunter.

Concerts are hosted in the outdoor amphitheater. Tickets are $20 for adults, children 12 and younger are admitted free. Food is available for purchase from Galax Smokehouse during the show.