The Po' Ramblin' Boys at the Blue Ridge Music Center 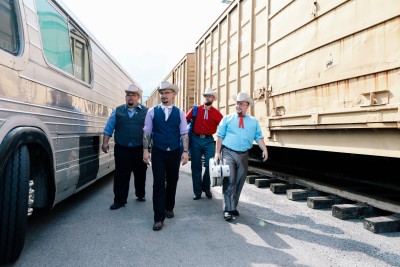 The Po’ Ramblin’ Boys are a high energy, fast-paced traditional bluegrass band from the Great Smoky Mountains. Named the IBMA’s 2018 Emerging Artist of the Year, they’re a young, old-school bluegrass band emulating the style from a time before people saw bluegrass and country music as separate things.

Openers Vivian Leva and Riley Calcagno tap into the deepest parts of American music, taking old songs that have seldom been heard and presenting them next to their own timeless and visceral originals. When they are not performing as duo, they’re often found sitting knee to knee, playing under the canopy of trees at fiddle festivals across the country.

Since 2013, the Blue Ridge Parkway Foundation has supported musical prgramming at the Blue Ridge Music Center as part of our mission to preserve the cultural heritage of the mountains.