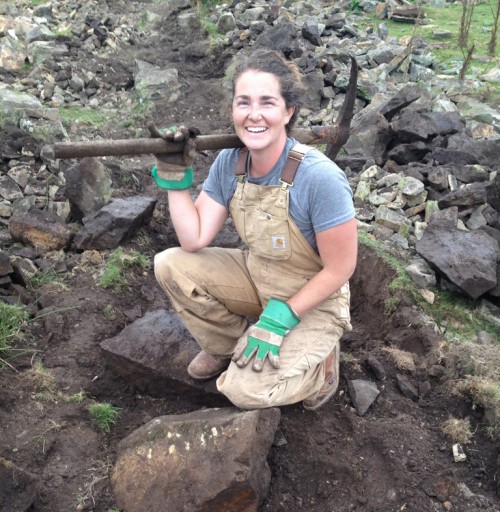 She is the owner of Whitney Brown Stone, and specializes in stone construction and maintenance including landscape and architectural projects. Brown is also a folklorist and writer who calls the mountains of Virginia home.

“As a folklorist specializing in the southern United States, an Appalachian native, a nature enthusiast, a builder experienced in stone, and a descendant of a Civilian Conservation Corps participant, I can’t think of a better place to put my energy than preserving the Parkway’s cultural and architectural heritage and improving its accessibility and sustainability going forward,” Brown says. “This is a magical part of the world, worthy of both my protection and careful promotion.”