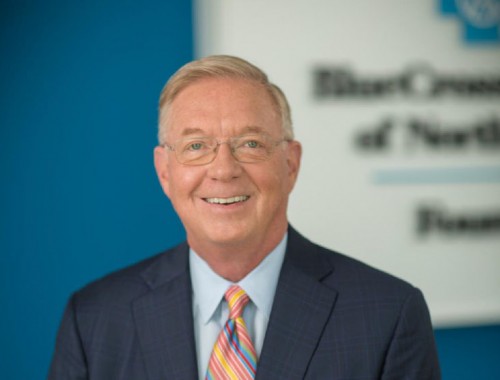 Brad Wilson has a 40-year career in the practice of law, governmental service, and health care. Prior to becoming General Counsel to Governor James B. Hunt, Jr., in 1992, he practiced law in Lenoir, N.C., for 14 years. Wilson retired as President and CEO of BlueCross BlueShield of NC after 22 years, where he held a variety of senior executive roles prior to becoming CEO in February 2010.

Wilson is a recipient of the Order of the Long Leaf Pine, North Carolina’s highest civilian honor, and was recently inducted into the N.C. Business Hall of Fame. Throughout his career, Wilson has served on numerous public, private, and charitable boards and commissions, including the N.C. Board of Transportation and the UNC Board of Governors, which he chaired for four years. Wilson is very involved in the community, giving his time to a number of organizations over the years including the March of Dimes and Habitat for Humanity.