Relay with Ray is underway!

Support Ray Russell of Ray's Weather as he runs from milepost 0 to 469 on the Blue Ridge Parkway. 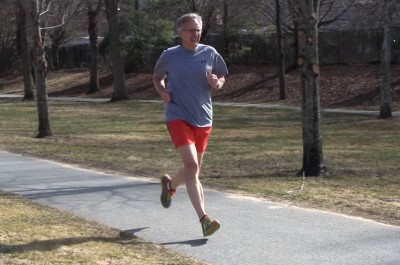 Dr. Ray Russell (President of RaysWeather.com, creator of BRPWeather.com, and Associate Professor of Computer Science at Appalachian State University) is running the entire length of the Blue Ridge Parkway. He started his journey on May 17 at the north end near Waynesboro, Virginia, and is covering roughly 20 miles per day. He’ll be exploring every twist and turn of the Parkway, inviting members of the communities along the way to run a stretch with him, and raising awareness about the needs of the scenic route. His goal is to complete the run in mid-June, crossing the finish line at the southern end near Cherokee, North Carolina. You are invited people to join “virtually” by making a donation to the Blue Ridge Parkway Foundation. To follow the journey with his blog or sign up to run, visit RelaywithRay.com.

Watch an interview with Ray.