Find Your Pint for the National Park Service Centennial 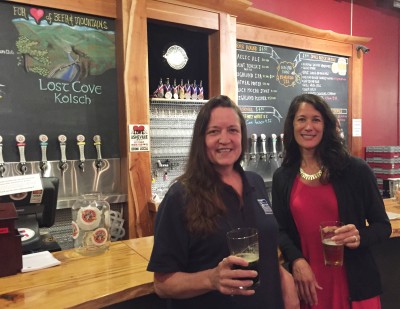 The outdoors and beer go hand in hand in the Blue Ridge Mountains. Ask anyone what they love about the Asheville area and they are likely to rank the vibrant local beer scene and the Blue Ridge Parkway at the top of their list. As the Asheville area’s beer scene has grown, breweries small and large have always shown their commitment to protecting the landscape that makes our regional a natural wonderland. That’s why we teamed up with 17 local breweries to help celebrate the 100th anniversary of the National Park Service.

The series of events includes a passport program encouraging beer fans to visit each brewery on its event date to collect Parkway Beer Passport stickers. The booklets will be available at participating breweries and Appalachian Vintner, Bruisin' Ales, and Tasty Beverage Company in Asheville. Passport holders can register online to win tickets to a V.I.P. event at New Belgium Brewing. Beer fans are encouraged to use #FindYourPint in social media posts and tag the breweries and Blue Ridge Parkway Foundation to spread the word. 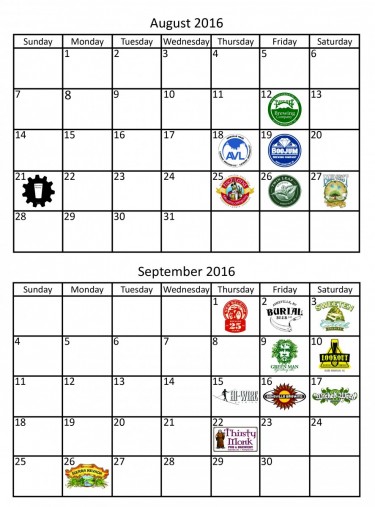 Catawba Brewing Company
32 Banks Ave. #105, Asheville
Date: Thursday, August 18
The Beer: Milepost 316.3 IPA, named for the spot that marks Linville Falls Overlook and the headwaters of the Catawba River
The Event: In addition to the beer release, there will be live music and a food truck. Catawba will donate $1 from each Milepost 316.3 IPA sold. www.catawbabrewing.com

Highland Brewing Company
12 Old Charlotte Hwy., Asheville
Date: Thursday, August 25 + Nonprofit of the month
The Beer: Cranberry Ridge Wheat, named for Cranberry Ridge at milepost 452.1 on the Blue Ridge Parkway
The Event: For every pour on August 25, $1 will be donated. A portion of proceeds for all of August will also benefit the Foundation. www.highlandbrewing.com

Twin Leaf Brewery
144 Coxe Ave., Asheville
Date: Friday, August 26 - Sunday, August 28
The Beer: Ridge Rider DIPA, brewed with Centennial hops in honor of the 100th anniversary of the National Park Service
The Event: Ten percent of sales from Ridge Rider Double IPA through the weekend will be donated. Leading up to the event, beer fans are invited to enter a Blue Ridge Parkway photo contest by tagging images with #ridgerider. A winning image will be selected at the event. www.twinleafbrewery.com

Burial Beer Co.
40 Collier Ave., Asheville
Date: Friday, September 2, 5:30 p.m.
The Beer: A yet-to-be-revealed new brew crafted in the spirit of the beautiful Blue Ridge Parkway
The Event: Head brewer Tim Gormley will speak about the exclusive, one-off beer and Burial’s new facility and its connection to the history of the Blue Ridge Parkway. Burial will donate $1 from each pint until the 10-barrel batch is gone. www.burialbeer.com

Green Man Brewery
27 Buxton Ave., Asheville
Date: Friday, September 9
The Beer: A yet-to-be-named brew made with berries found growing along the Blue Ridge Parkway
The Event: The brewery will be hosting a Parkway Pics Night. Everyone is invited to submit their best Blue Ridge Parkway photo to brp@greenmanbrewery.com before the event with their name and phone number for a chance to win a free growler. All the submissions will be show throughout the night. Green Man will donate $1 from every pint sold. www.greenmanbrewery.com

Asheville Brewing Co.
675 Merrimon Ave. and 77 Coxe Ave., Asheville
Date: Friday, September 16, 5 p.m.
The Beer: Blue Ridge Blueberry Breakfast Pale Ale
The Event: The draft release will go on simultaneously at both Asheville locations, and $1 from the sale of each pint of Blue Ridge Blueberry Breakfast Pale Ale will be donated until the batch is gone. www.ashevillebrewing.com

We are please to welcome new member to our Board of Trustees and additions to our Council of Advisors.

This year, the Foundation celebrates 25 years of support for the country’s most visited national park. From the start, those who love the park, like you, came together to give time and financial support in pursuit of the best Blue Ridge Parkway possible.

Dori Freeman is about as bona fide as an Appalachian artist can be: she was raised among a family of musicians in the mountains of Southwest Virginia.
Jun

Join us for an awards ceremony before an evening concert with the Kruger Brothers and Kontras Quartet.  Premier Sponsor
Jun

Born and raised in Europe, brothers Jens and Uwe Kruger started singing and playing instruments at a young age.
Jun

Hailing from opposite ends of the Appalachian mountains, Zoe & Cloyd is composed of  renowned fiddler and vocalist Natalya Zoe Weinstein and award-winning songwriter, multi-instrumentalist, and vocalist John
See All Events