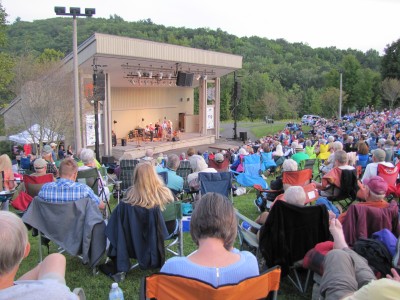 With the help of the National Park Service, donors, sponsors, and volunteers, the Blue Ridge Music Center experienced another fantastic season in 2015. More than 35,000 patrons visited the Blue Ridge Music Center to explore the Roots of American Music exhibit, listen to Midday Mountain Music, and plan their Parkway journey at the Visitor Center during the May through October season.

Over the summer, the Music Center also welcomed the touring exhibit Banjos: From Africa to the New World, which traces the development of the instrument from its continent of origin to the Americas. The exhibit showcased 24 historical replica and reproduction banjos crafted by hand. Approximately 2,900 patrons visited the exhibit from June 18 to July 14.

This year, the Music Center published its first season program guide for concertgoers and Parkway visitors. Look for the 2016 concert guide in April.